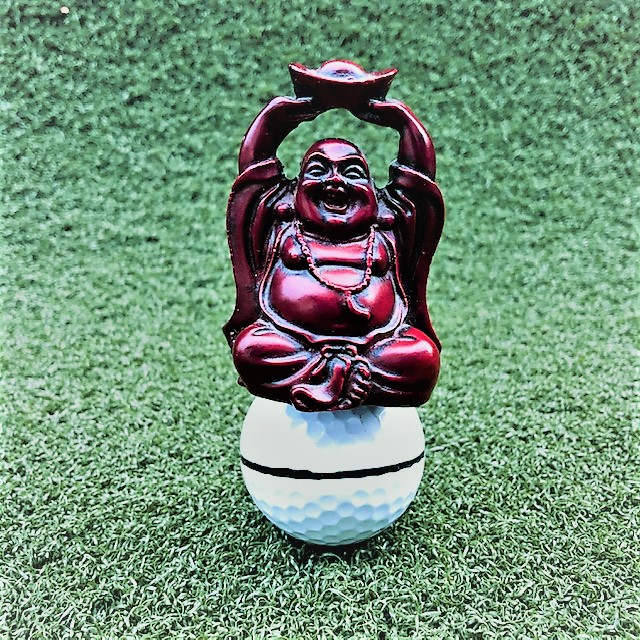 My friend Michael works as a Psychologist and is one of the most laid back and easygoing people I know. As I got to learn more about him and his life, he completely surprised me when he shared his experiences in the military. It turns out the before going to school to become a psychologist Michael was deployed in Iraq and his assignment there was as an explosive ordinance disposal team member. “That’s right”, he replied when I asked if his job was like the one Jeremy Renner played in the movie The Hurt Locker. Completely “blown away”, excuse the pun, I quizzed him on how he approached the task and dealt with the fear. He explained to me that his training was thorough. He was taught about every type of explosive he would find and the precise and meticulous steps that were needed to neutralize each device. Never, he emphasized, would his team leader have him approach an explosive that could not be thoroughly assessed and then determined to be one he had the training to handle. Still, I asked, you must have felt fear and anxiety. “For sure”, he said, but I had a complete checklist of tasks to complete and I had trained myself to direct my attention to doing those things because that was what I could control.

The experiences that Michael had while neutralizing explosive devices in Iraq provide powerful lessons for golf performance. The four-foot putt to save par, the tee shot down a narrow fairway, the delicate chip shot off a tight lie, at times for golfers resemble explosive devices. Obviously not in the sense that Michael faced but existential bombs if you will. Those shots represent a threat to one’s self identity and some cases self-worth. An explosion of embarrassment, shame, and regret.

Here is how you can apply the approach Michael had with yourself. The possibility that the bomb will explode is real and that of course, is why it is so scary. Find a way to accept that and to accept it you must play out the possibility in your mind fully. Imagine that you miss the putt, what would happen? The embarrassment bomb would go off. How long would that last? For Michael, if the bomb exploded, he’d be badly hurt or worse, what about you? Would you quit golf forever, give up on your dreams, stop trying to improve? Ultimately, what would happen that you could not deal with and/or had been able to deal with before? The fear, anxiety, negative thoughts you experience have two universal characteristics, first, you cannot control them and second, will not last forever. Fearful thoughts almost always grossly exaggerate the severity and predictability of the event. You think that you will miss the putt for certain and that it will be the worst thing ever. The reality is you won’t, and it isn’t.

What is keeping you on those fear eliciting shots from performing to your potential has less to do with the thoughts, feelings, and emotions and more about the lack of space you are creating from them. Michael did not look at a device as a bomb about to explode, he saw it as a set of wires, and parts put together in a systematic way. The fear scenarios were just chatter in his mind and his job was not to quiet the chatter, there were no tools for that. And because he viewed fear in this way, his mind was free to go to his training and direct his hands to cut this, remove that, and so on. Michael learned to see the fear for what is was, an exaggerated story about what could happen, and thus separate from it enough to commit to his task. You cannot control the content of your thoughts, the intensity of your fears, and strength of your feelings. It is not like the volume dial on your car radio that you can turn down, but you do have control over increasing your willingness to accept those thoughts and fears.

Suppose there is a popular weather person that you have been following ever since you can remember. You have relied on this person for accurate forecasts of what the weather will be like. While not always completely correct, something about having a trusted go to source of prediction is comforting. Often, when you recall, whenever this forecaster called for bad weather you would notice getting bummed out and conversely more upbeat with nice weather forecasts. Then, a story comes out, exposing that this weather person, for all these years had been completely fabricating every forecast. Never once consulting weather maps and computer projections, this forecaster just made things up. Would you continue, after discovering this, to follow this weather person’s forecasts? Every golfer that I have posed this scenario to has replied no, emphatically. When asked why, they reason, “because he is a fraud”, “he lacks credibility”, “it’s not real”.

What would happen if you regarded the thoughts, fearful predictions, worries, and judgments present in your mind as the musings of a fake weather person?

The internal workings of the mind, the constant chatter of predictions of disaster, fantasies of greatness, judging opinions about the worth of all things, play like a television stuck to a channel you cannot change or turn off. Yet, it is a fraud. It is illusion disguised as reality. The moment that you look at it in this way, you have achieved for however brief it may be, liberation and space from it. Enough space, that you can then, set your mind and body to controllable actions that work for your benefit. You are free to play to your potential.

Find a distraction free, comfortable location where you can do this short visualization exercise. Close your eyes and take a few moments to imagine yourself sitting on a park bench that faces a small stream. Visualize the stream along with surrounding trees and grass. Think of this stream as your mind and picture the clear water steadily flowing past. Include now, the image of a leaf that has fallen off a nearby tree, floating on top of the water and being swept downstream by the current. As you follow the leaf with your eyes it eventually floats out of sight. Picture all sorts of leaves; orange, yellow, brown, large, and small ones randomly floating on top of the water down the stream. Regard these leaves as thoughts, stories, fears, and worries. If you notice one, see it as a leaf that has fallen into the stream and watch it from afar until it has faded from sight.

Note: A few years ago, I was working with a college golfer who I taught this exercise to. After playing her best golf ever at the conference tournament she told me that the course they played on had a stream that wound through several of the holes and that whenever she started to feel anxious she looked for the stream and it cleared her mind.

« Be Wise to Disguise

But that’s not all– for a limited time, new subscribers will also get a

with me, to discuss your concerns, and goals for your game!